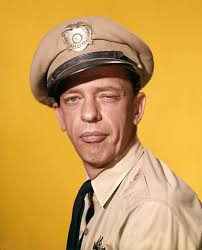 I hate to admit it but I think I might be one of those guys my friends hate to fish with. I’m not sure why. Perhaps its because I have become the casting sheriff.

I’m kind of a zealot.  Improper casting troubles me greatly. I’ve become a casting nazi who can’t let things go.  No Spey for you!  I’m like a religious fanatic, proselytizing the masses, or at least a few fishing buddies and my kids with the gospel of freedom through proper technique. My fishing partners beg me to talk about religion or politics but my face is set like flint and I preach on about casting.

“Use thy bottom hand, I implore thee! Repent! Renounce thy top hand for it is an abomination, or in pain ye shall cry for Ben Gay to spring forth from thy dry bag but it will be too late!” (because I lost your dry bag )  So far the preaching part hasn’t caught on.

In the beginning, God said, it is not good for man to be alone, so he created women.  Shortly thereafter he invented the single hander so man could have a break and the women could have some “me time.” Unfortunately she used much of that “me time” for purchasing shoes, so God came up with the two hander just to even the playing field for man.  Since then things have been pretty good although the men lusted after newer, faster, lighter models, with less swing weight, thinner profiles and fancy Mieser butt grips.  But yea, (yay!) I was stiff necked and rebellious and though I tasted, I did not see that it was good.  Just yet.  I was younger and stupider back then so I often carried a plethora of fishing rods with me on the river.  A hardware outfit, a float and jig outfit, and a single hander for bobber and nymph fishing.  Somewhere during that time period a Spey rod mysteriously materialized in my quiver.   Behold!  A lowly Anglers Roost Enterprise 12’6″ 9/10  Christmas miracle from my friend Glenn the Canaanite (loves Cane). The outfit included an Okuma Reel and a Scientific Anglers Ultra Skagit Spey line.  It was about 650 grains and I thought I needed 13′ of T14 for some reason. But man that thing could launch some line. For practice I walked out to a field with some odd intruder-like thing tied on it,  hucked it a few times, figured, nothing to this, and put the outfit away, figuring I had Skagit casting figured out.  Still, my heart was hardened and I backslid into the shiny idolatry of spinners and spoons and the occasional Oaky drifter.

Before the Anglers Roost manifestation another well meaning  Spey evangelist, Ken the Steelhead junky, took me on my first fishing trip chasing steel with a two handed rod. I did not know sick’m from suck’m back then about Spey casting.  I could cast a single handed fly rod for trout, which is the demise of most newby Spey dudes but it did not affect me negatively. For some reason, I knew that a Spey cast was basically a roll cast.  Also, Ken was kind enough to inform me of where the head section of the line began and the proximity of where I should place it from the rod tip before each cast. I was already familiar with roll casting because I had attempted it 8,372 times since I was a kid with my single hander unsuccessfully except for maybe 3 times.  But I knew instinctively (after watching countless video clips of people doing double Spey casts, river right) if I could get the fly fairly close to me I could roll cast the thing out there. Bingo…WAAAAAAAAAAAAAAAA! (angels singing) it worked!  So the concept came easy to me.   The revelation that line design has oodles to do with a successful roll cast was planted in seed form in my brain forever. Duh.

I gradually weaned myself off the gear and bobbers and such when I had earned a little fishing success with my two hander.  I had grown very weary of spinning gear and playing the numbers game, loosing perfectly good spoons and spinners on submerged limbs in innocent looking runs.  I fished like a madman and was successful catching chrome with my unique style of bouncing around the river like a pinball, casting, moving, climbing, falling, breaking and loosing rod sections and hardware while covering as much water as I possibly could. Not that it wasn’t fun in kind of a haggered way.

Like a recovering Alcoholic who sometimes carries a little flask inside his coat pocket I occasionally throw in a gear rod for when I absolutely have to have a fish fix.  The tug is still the drug. Forgive me, for I know not what I do. Anyone who has seen me fish knows that.

My journey into serious casting lurched forward when I was admonished by yet another Spey enthusiast and high priest of  Spey reel fabrication, one William Olsen.  I was posting various questions online about casting when he responded by giving me the best advice a guy could give to a fledgling wannabe.  If you want to get good at casting you need to cut your fly off and stand in one place and practice over and over for hours.  Not that I hadn’t done that some with my trustee Anglers Roost.  But I had embarked on touch and go casting, sometimes with longer lines and longer rods. I was experiencing a different degree of difficulty, not that Skagit casting doesn’t offer challenges if you really want to be proficient.  But casting long lines with either hand up requires dedication and time if one is to experience the magic rush of the perfect cast which includes quality line speed,  uniform loops and effortless, uh, effort.  Or as William would say, efficient effort.  One must defy the wind, always the stinking wind, and the recliner and the TV and must practice casting until blue in the face or blown off the water.  And love it.

Spey casting is my drug of choice.  It has settled me down. I relax when I’m fishing and I cast. Work the run methodically.  I’m finally at the stage where I don’t try to see how far I can cast every time. Instead, I work up to stripping a couple rod lengths or so of line off and search for the perfect cast, a tight loop if the situation allows, if not I go for a uniform loop.  I may try to launch a few if I get bored but I don’t exhaust myself or hurt myself much anymore. I am a true believer, a convert.  A Holy roll-caster.

Fishing has almost become just a way to justify casting although I have declared, if only in silence, that I am a fisherman first.  I don’t get as caught up in new fangled equipment anymore.  Sometimes the nonsensical hoarding of gear, lines, more lines and rod upgrades that include terms like multilongitudinal graphite matrix and nanocorbon  scrim must cease and one must fish. I gave up on having the latest and the greatest several latest and greatest’s ago. Its tempting to covet the dizzying array of equipment propagated by high tech gear manufacturers each year, but its unrealistic for me and most of us ordinary fishermen anyway.  If money were no object, it might be different, but money is always an object, sometimes THE object, so blingy new stuff is off the table.  I have decided that my grips will be darkened with mojo, whatever that is, and my rods will always be fishing tools. I will have to perfect my casts with the lines I own on the rods I’ve had for years until I am good with both hands up on all or at least most of the casts in belly button deep water with respectable angle changes. That will keep me busy for a good long time. I will have to find satisfaction in that. Buy less, practice more I say. When the urge to purchase yet another line or rod hits again, I push on to practice more with what I have until the urge leaves or I have stumbled into a pod of cash.  Unless its a really, really, really good deal, on a Galeforce, and I still don’t own a B&W…or…a Burky…OR an Olsen reel. Oops. There I go again.

I am simply a casting and fishing fanatic. Those are my credentials.  I know enough to know that I am not an expert.  In my book, the experts are casting a hundred and fifty feet plus at Speyorama, or hold the coveted,  two handed casting instructor certification.  Or both.  I do not remotely classify myself as an expert, although some do (Thanks Mom!)

So, by the power vested in me by Mom I must inform you of your rights.  You have the right to remain silent. Any rod noise you make may be used against you in the Spey nazi court of law.  You have the right to cast all day without feeling like hammered dog poo.  If you mention that you are tired or rub your right shoulder and make windmill motions with your stiff right arm I will be forced to give you a lesson.  You must never cast further than me again, (son) as it is considered bad form and if you continue to do so, I will be forced to eat your food and borrow your equipment and bum your flies even more than I already do.  I’m charging you with poor anchor placement, insufficient D loop formation, an absolute disregard for your bottom hand, mixing metaphors, and also, hooking more fish than me.  So hand me over your rod, real easy like, and nobodies gonna get hurt.  My goodness!  Who lined this thing for you?  This line feels like an extension cord!  Grab MY outfit and bring it back over here.  THAT’S how a balanced outfit feels. Now let the rod do the work! Use your lower hand!  And suck in that gut!

6 thoughts on “The Casting Sheriff…”